The UK/ Rwanda Deal is a Go

In a decision issued today (December 19th, 2022), the King’s Bench Division of the High Court of Justice has decided that the Migration and Economic Development Partnership (commonly referred to as the UK-Rwanda Deal) was lawful and that the Home Secretary could proceed and enforce its policy.

The United Kingdom and Northern Ireland has been facing a migrant crisis at its border with France for years now. In an effort to tackle illegal migration on its shore, the previous administration (actually twice removed now since it was a policy put forth under the leadership of the Right Honourable Boris Johnson), had come up with an initiative aiming at sending migrants arriving in the Kingdom to Rwanda.

Most specifically and according to the Memorandum of Agreement (MoU) signed between the two countries, they created “a mechanism for the relocation of asylum seekers whose claims are not being considered by the United Kingdom, to Rwanda, which will process their claims and settle or remove (as appropriate) individuals after their claim is decided, in accordance with Rwanda domestic law, the Refugee Convention, current international standards, including in accordance with international human rights law and including the assurances given under this Arrangement”.

The UK would pass along any relevant information about the person sent and Rwanda would provide accomodation and support. Financial arrangements have also been made between the two governments and though the exact amount has not been disclosed, a tentative figure of £150 million has been paid so far, with further installments to be made. Both countries agree to set up a joint committee of representatives that is to meet at least once every six months to review the initiative which is supposed to last 5 years with a possibility to be renewed. This policy was challenged by 11 individuals who were supposed to travel to Rwanda by the first flight and 4 Associations and the matter ended before the High Court of Justice. 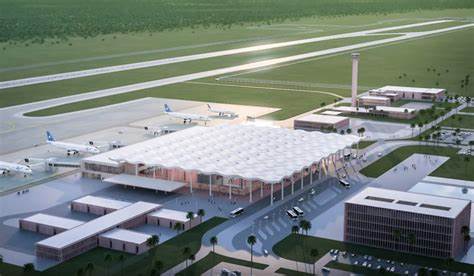 The Court stated at the outset of the judicial review that the court is not responsible for making political, social or economic choices and that its role is only to ensure that the law is properly understood and observed and that the rights guaranteed by Parliament are respected. After a lenghty demonstration, the Court concluded that for the purposes of this Agreement, Rwanda could be deemed a “safe third country” and that it was lawful for the government to make arrangements for relocating asylum seekers to Rwanda and for their asylum claims to be determined in Rwanda rather than in the United Kingdom.

The Court was satisfied that the arrangements made by the two countries are intended to ensure that the asylum claims of people relocated to Rwanda are properly determined in Rwanda. In those circumstances, the relocation of asylum seekers to Rwanda is consistent with the Refugee Convention and other legal obligations on the government including the obligations imposed by the Human Rights Act 1998.

The Court added a caveat however by stating that the Home Secretary must consider properly the circumstances of each individual claimant and decide if there is anything about each person’s particular circumstances which means that his asylum claim should be determined in the United Kingdom or whether there are other reasons why he should not be relocated to Rwanda.

The UK Government under the leadership of the Right Honourable Rishi Sunak is expected to move forward with the policy and send the first group of migrants to Rwanda soon. That is of course, if there is no appeal of today’s decision. The answer could given before the end of this year.

If you would like to know more about migration, have a listen at our podcast Law V Life in our episode dedicated to the subject, To the infinity and Beyond? where we talk about recent events such as The Ocean Viking saga and the race to space.