The Origin of the Conflict

The March 23 Movement (M23 Movement) in its current form and name was born following the Kivu war which ended with a peace agreement signed in Kinshasa on March 23rd, 2009. Former combattants of the National Congress for the Defence of the People (CNDP) were then reintegrated into the national army.

Believing that the terms negotiated during the peace agreement had not been respected by the Kinshasa government, the former CNDP members became mutineers in April 2012 and took up arms again. The theatre of conflict is in eastern DRC, mainly in the Kivu region, which borders Rwanda.

The conflict has gone through different phases over the past decade. Clashes have resumed intensity since May 2021, causing continuous population displacement. The first accusations of involvement of Rwanda  were mainly based on the fact that the M23 rebels were predominantly Tutsi, as the ethnicity is present in both side of the DRC/Rwanda border. Demonstrations have been organised in November 2021 notably in Goma (DRC) by the Congolese population to demand the severance of diplomatic relations with Kigali. 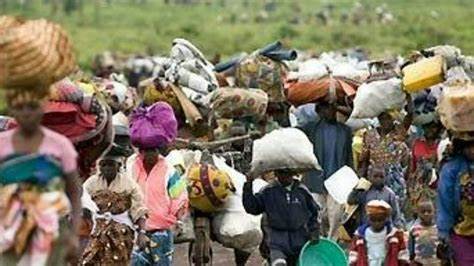 Civil discontent has risen at the state level with the closure of land and air borders. In addition, the Congolese government has repeatedly asked its Rwandan counterpart to take all possible measures to prevent the M23 factions from retreating to Rwanda to reorganize and supply themselves with weapons and ammunition. However, President Kagame’s position has been clear since the beginning of this conflict. Rwanda does not and has never supported any opposition to a democratically elected government in a third and neighbouring country. A position that would not convince many people on the Congolese side.

This summit resulted in the signing of a ceasefire agreement imposed on the M23 terrorist group, starting Friday, November 25 at 6 p.m. as well as the withdrawal by the M23 from the occupied areas in the DRC from November 27th. Following this agreement, the M23 rebels announced in a statement that they had agreed to withdraw from the town of Kibumba on December 23rd and to “cede its Kibumba positions to the responsibility” of the EAC force in order to make a “gesture of goodwill in the name of peace.” Kinshasa claims, however, that this retreat  is strategic and that the M23 is fortifying its positions in other localities.

A Disapproval of the Rwandan Position

In spite of the Rwandan position, which claims to have never taken part in a conflict that it describes as internal, Rwanda has been indexed by a UN report to be published in the coming days and whose content seems to indicate that the M23 would have obtained weapons, ammunition and bulletproof vests from the Kigali government. The document notes that there is “substantial evidence of direct intervention by the Rwandan defense forces on the territory of the DRC.” The border with Uganda is also said to be particularly porous as drone footage appears to show artillery, ammunition and new recruits moving to M23-controlled points at these locations.

The France also officially condemned Rwanda’s actions in the DRC. The United States has also, through its Congress, announced its intention to address possible human rights violations in Rwanda as well as the country’s involvement in the conflict in eastern DRC.

On the Legal Front

The DRC ratified the Rome Statute, becoming a member of the International Criminal Court in April 2002. At the request of the Congolese government, the ICC opened in June 2004 an investigation for possible war crimes and crimes against humanity in eastern DRC (in the Ituri regions and Kivu provinces) committed since July 2002. Seven arrest warrants have been issued and 4 trials have taken place to date. Mr. Lubanga, Mr. Katanga and Mr. Ntaganda were found guilty of the charges brought against them, while Mr. Ngudjolo was acquitted. Mr. Sylvestre Mudacumura remains at large. 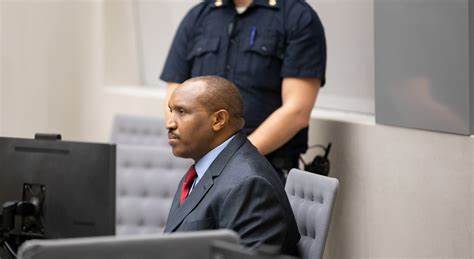 The full UN report is expected to shed light on Rwanda’s true degree of involvement in the conflict in eastern DRC. Kigali’s response is awaited. We must also see if the M23 keeps its commitments to withdraw from the occupied areas and if Rwanda’s strategic partners such as France, the United States and now England with the migration agreement can defuse an already complicated situation.